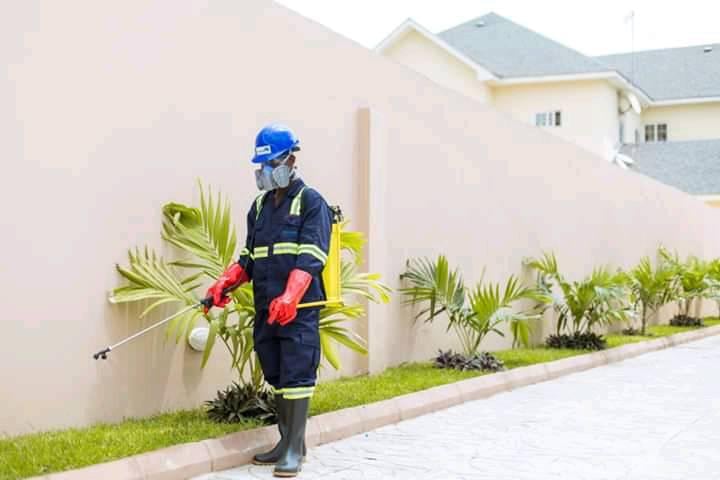 Bed bugs, fleas, ticks, silverfish, cockroaches, bees, ants, mice, rats, and other household pests can be more than just an annoyance; they may also pose a risk to your home, health, and wealth. One common house mouse has the ability to contaminate ten times more food than it consumes. Because of this, pest and bug management around your home, apartment, and office is crucial. Call GM services Kisumu for professional pest control and management services.

Bed bugs Control Services in Kisumu. We specialize in bed bug extermination with a 100% guarantee. Bed bugs have been eradicated by GM in Kisumu, and the entire Kenya.

Small insects known as bedbugs prefer to feed on human blood. Even though they are not completely nocturnal, bed bugs are most active at night and have the ability to sneakily feed on their hosts. However, they have been called many different things, such as wall louse, mahogany flat, crimson rambler, heavy dragoon, chinches, and redcoat. Numerous health issues, including skin rashes, psychological consequences, and allergy symptoms, are brought on by bed bugs.

In the industrialized world, bedbugs had been almost eliminated as a problem by the early 1940s. However, since about 1995, this issue has become more widespread. Bed bug bites and associated illnesses are on the rise as a result of the infestation of human habitation. The exact causes of this resurgence are still unknown, but they have been variously attributed to increased foreign travel, increased second-hand furniture exchanges among homes, a greater emphasis on controlling other pests that resulted in a neglect of bed bug countermeasures, and rising pesticide resistance. Human parasites known as bed bugs have been around for thousands of years.

There are numerous methods for any type of residence to develop a bed bug infestation.

a. Invading insects and eggs that “hitchhiked in” on clothing, baggage, or pets.
b). brought in infested things (such as furniture or clothing).
If there are accessible paths, nearby residences or infested objects (through duct work or false ceilings)
Wild animals (including bats and birds)
a). Visitors from an area where there is an infestation; bedbugs, like roaches, are spread through clothing, luggage, or human contact.

Bedbugs can have a variety of negative health effects, such as skin rashes, emotional affects, and allergy reactions. Despite the fact that bed bugs can contract at least 28 human illnesses, no research has ever shown that the insect can spread the disease to people. The results of bed bug bites or cimicosis on the skin might range from having no symptoms to having noticeable blisters.

Female bed bugs (Cimex lectularius) that had become engorged with eggs were found in the screw hole of a hardwood bed frame. Because they are evasive and typically active at night, bed bugs can be challenging to find. Bed bugs frequently hide in shadowy corners, and their eggs can nest in fabric seams. In addition to bite symptoms, other warning indicators include moults, fecal stains, and blood smears on linens.

Although they can be discovered on their own, once established, bed bugs frequently gather. Typically, they stay close to their hosts, frequently on or near beds or couches. However, there are many different places where nests can be found, including vehicles, furniture, and cluttered nightstands. Bats, birds, and rodents may have built their nests nearby, as well as other species that have done the same. For professional removal of bed bugs call us today on 0721979781 and make a booking with us today.

Although there are many cockroach species, the German cockroach is the most significant. The German cockroach, sometimes known as the Croton bug or steam fly, is a tiny species of cockroach that can grow to be as much as 1.6 cm (0.63 in) long. Its color ranges from tan to almost-black, and it has two dark parallel streaks that go from the top of its head to the tips of its wings. Despite having wings, it cannot maintain flight. One of the most prevalent and widespread household cockroaches in the world, the German cockroach is present in most human settlements. Restaurants, food processing plants, lodging establishments, and nursing homes are particularly known to harbor these insects. Only in cooler climates can they to be found.

Throughout her career, the female German cockroach produces four to eight egg capsules, each containing thirty to forty eggs. She places the egg capsule in a secure location. Nymphs go through six to seven moults during their development. Three to four generations can be produced annually by doing this, which takes about 103 days. An adult lives, on average, between 100 and 200 days.

Cockroaches typically inhabit bathrooms and kitchens, but provided there is food, water, and a place to hide, they will live anyplace inside warm buildings. German cockroaches are common in grocery bags, cardboard boxes, contaminated appliances like microwaves, toasters, and secondhand refrigerators, among other items.

The German cockroach is particularly successful at carving out an ecological niche in buildings and is quite robust and resilient against attempts at control. They are most active at night and leave their harborage locations in search of food and water. Additionally, because it is smaller than many other species, this cockroach may more readily conceal itself from humans by fitting into tiny gaps and crevices.

To get rid of the food, water, and harborage regions, thorough cleanliness is crucial. Gel baits and dust are the most effective control methods when using treatment. Instead of being employed as control mechanisms, glue traps are typically used as monitoring devices. Vacuuming the harborage zones is also necessary because it lowers cockroach numbers. That is also the fundamental reason why bait placed in cracks and crevices close to a harborage can be used to manage them most successfully. For dangerous infestation, spraying the required insecticide in cracks and crevices is also highly useful.

Adult flour beetles are 1/8-inch long, reddish-brown, and slender. Red and confused species resemble one another greatly. The antennae can be used to tell them apart. Confounded flour beetle antennae gradually get bigger as they get closer to the tip and terminate in a four segmented club. The red flour beetle develops club-like antennae, and the club has three segments.

Cycle of life and customs
During the two to three years that make up the beetle’s lifecycle. A female generates between 300 and 500 eggs over the course of her life. It consistently lays two to three of these sticky, transparent, and white eggs in crevices, bags, or through the mesh of flour bags. In 12 days, the eggs hatch, and the larvae go through 5–12 moults. It takes roughly 30 days to complete the entire development.

The 1/8-inch-long adult fruit flies are drab, yellow-brown to dark brown in color. Some species can be identified by their characteristic red eyes. The breathing tube of the tiny (1/10 to 1/5-inch long) larvae, which is elongated and stalk-like, is highly unusual.

They deposit their eggs on top of fermenting fruit or vegetables or in places where there is a lot of moisture and yeast. The time it takes for eggs to hatch might be up to 30 hours. A fruit fly female can lay up to 500 eggs. In five to six days, the larva reaches the end of its developmental process. It then crawls to drier parts of the food or somewhere else to pupate. Over eight to 10 days, the full life cycle takes place.

Occurrence
Fruit flies are a frequent insect that are connected to fruits and vegetables that are fermenting. They can be discovered in the kitchens, fruit and salad bars, and recycling bins of restaurants.

Control
It is crucial to get rid of the breeding stock. To get rid of the infestation’s source, complete and thorough cleansing is necessary. Effective methods for lowering the population include insect light traps and baited jar traps with caps that allow entry but prevent escape

One of the most common species of the genus Mus is the house mouse, a little rodent. The house mouse is a wild animal that mostly coexists with people and damages crops and food that has been kept. The domesticated house mouse is used as a pet or decorative mouse as well as a laboratory mouse, one of the most significant model organisms in biology and medicine. It is by far the most often utilized laboratory mammal with genetic modifications. Adult house mice measure 7.5–10 cm (3.–3.9 in) from nose to base of tail, and their tails are 5–10 cm long (2.0-3.9 in). Typically, the weight is 10 to 25 g. (0.4-0.9 oz). Their hues range from white to light brown and grey.